TRUMP, the JUDGE, and his LAWYERS

A WAY OUT FOR DONALD

There is really only one way out for Donald regarding his attack on the California federal judge over seeing (and perhaps before whom will be tried) the “Trump University” cases.

1. Make  a personal statement that in those cases his side has lost virtually (if not all) the pretrial motions and that this is unusual in civil litigation, and does not seem fair to him, an experienced litigant .

2. Have a solid, large law firm release a sort of “legal opinion” sustaining his view, at least to some extent. Issue: Should this document be long or short, detailed or sweeping? Answer: I don’t know. Inclination: Long and detailed, but objective (or objective sounding).  Supplementary idea: Find a professor of civil procedure who wold be willing to issue such an opinion.

3. As part of his public statement, Donald must say that his passions got the better of him. He did not feel that the motions process was fair, and he lashed out.  He said to himself, “I am proposing the building of a wall right next door, as it were, to the Judges home and court, and his genealogical loyalties–something having nothing to do with race–might be influencing him.  (After all, when someone asks a person “What are you?” they will likely say things like, Italian, Irish, Persian, Korean and not Japanese, and so forth.  This kind of genealogical self-identification is quite common.

4. Say that his remarks were remarks of passion and apologize for saying what he said in the wrong way and leaving the wrong impression.  (At that point stop. Say nothing about his remarks being misconstrued by others. Own what you said and the responsibility for saying it.)

5. Include a statement that he wishes his lawyers has made sure that he had a better grasp of what was happening. Say under the circumstanced he needed that kind of advise, and that it was not provided, much to his misfortune and that of his lawyers.

6. Fire all the lawyers representing him or any company he controls in this law suit.

7. Hire new counsel well know for civility and restraint. Bring in a professor of legal ethics, just for the look of it, if nothing else.


No reader should make the mistake that have the slightest political sympathies for Mr. Trump’s methods of political presentation or, so far as I can tell, his views. For example, it is false to say unequivocally and without support that NATO is obsolete.  In addition, I find his temperament authoritarian. What other kind of person should possibly believe that he, as president, could himself build the American-Mexican wall.  These points are not qualifications as to the views I set forth above. The only surprise I give to myself about Donald is that the media should listen more carefully as to exactly what he says, as opposed to interpreting what are often “maybe[s]” as “is[s].” If one asserts that proposition p is true, one has not asserted that p is in fact true.


Not proof read carefully. Matter not worth the time. 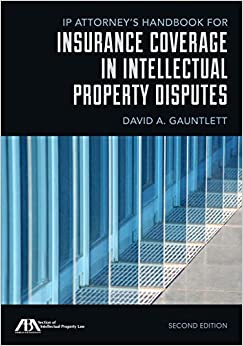