“J,” a trial-level state court judge became dissatisfied in how a pro se criminal defendant was conducting himself in court. Some judges find the following sort of behavior by defendants shocking. The fellow was loud in volume in addressing the court, unnecessarily militant (“I am a sovereign citizen!”), rude, non-responsive, and perhaps most important, citing irrelevant case law.

In any case, J ordered his in-court constable to shock–literally electrically shock–the poor devil into the proper courtroom behavior. The deputy sheriff did as ordered and sent a charge of 50,000 volts to the defendants “Stun-Cuff.”**

This attempt at the administration of justice failed. The defendant fell down upon the floor and carried on loudly. His screams are recorded in the transcript of the hearing. Paramedics were called, but concluded that the fellow had not suffered serious injury.

J has been barred from hearing cases, at least for a while.  He has been charged with a federal misdemeanor. This crime is called  something like deprivation of rights under color of law.

If I were a betting person, I would be inclined to think that J is gone, though not from the practice of law, and will not be forgotten. I would also bet that J is going to be sued and immunity for state employees will not work as a defense.

Keep going there is a footnote and a supplement.

**The internet ad for this appliance reads this way: “Today[‘]s criminal is hardened, desperate and more dangerous than ever. They endanger everyone they come in contact with: law enforcement,  judges and . . . .” No doubt J was familiar with this piece of literature.


SUPPLEMENT: J has pleaded guilty to the federal misdemeanor charge. The jury was about to be selected. J asked D if he had any questions for potential jurors. D began reading a prepared statement instead of asking questions. J ordered him several times to quit reading and to ask questions. D never did; in other words, he refused to follow a valid court order.  J ordered sheriff to activate the stun-cuff; he did so; and the “jolt” lasted about 5 seconds. The reader already knows the rest. The US Atty indicated that J could have ordered D out of the courtroom and back to jail and that D never constituted a threat to anyone. The US Atty has recommended probation. Sentencing is for the end of March 2015. 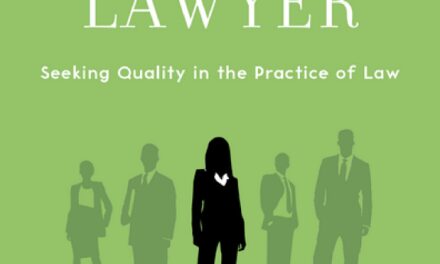