Here is a rough outline of the behavior of an elected Court of Appeals Justice in Texas. The Commission on Judicial Conduct recommended that Justice James Patrick Sharp, Jr.,” the accused,” be publicly reprimanded. There was a trial de novo before a Special Court of Review appointed by the Chief Justice of the Supreme Court of Texas. Justice Sharp and a physician testified; the empirical facts were stipulated. The account here may not be completely correct, and certainly not complete, but as stated, this is a rough outline.

The problem arose around the daughter of a woman who was not named in the opinion, but was identified as the Justice’s  “acquaintance,” as his “friend,” and as his “‘friend.'” Indeed, the Justice provided an  alternative by explaining himself by stating that he knew the child’s grandmother, a person politically influential in the relevant county, Brazoria County near Houston.  Although the Justice on the Special Court did not really mention it, any judge undertaking a private action wearing a judicial “robe” for someone with political power may be seriously questioned and contrary to the Texas Code of Judicial Ethics.

Apparently, the 15-year-old daughter of the “acquaintance”–and it has occurred to some to wonder about the actual status of the woman vis a vis Justice Sharp*–had been arrested for shoplifting. She was being held in the County’s juvenile facility over night. Her mother asked Justice Sharp to try and spring here loose that evening, which the Justice “dynamically” tried to do.  (*Is it possible that the subtitle of one of the sections is “Allowing Relationship to Influence Judicial Conduct.”  I guess not.  The Justice’s own explanation conforms to the subtitle.  At the same time, one wonders why the “friend” did not provide testimony.)

He did so on the telephone aggressively addressing some of the “juvie” attendants, the County’s District Attorney, and also a local elected District Judge.  His speech was peppered with unlikely epithets for a Justice who saw himself as exercising judicial authority, by trying to get the child released immediate, the evening before she would otherwise be eligible for it.

Here are some snippets of what he said  to this or that Brazoria public officials:

The Justice deciding the case cited two other acts performed by Justice Sharp which showed that his conduct was ongoing. In one case he had physically removed property owned by a county from one office to another. The county had “ruled” that the desk be replaced. Justice Sharp knew. In another incident he was asked to produce identification at the secured entrance to a judicially occupied building, he publicly denounced the request as “silly harassment,” since the security official knew who he was.

The Justice had a psychiatrist testify, and he said that Justice Sharp suffered from Attention Deficit Disorder (ADD) and that this illness manifested common symptoms including “explosive temper,”  “inability to foresee consequences of actions,” “very short fuse,” “getting easily angered,” “easily frustrated,” “inability to let go[,]” “step back,” and/or “rethink[.]” In any case, the court found the Justice “guilty” of violating two sections of the Texas Code of Judicial Conduct. One of them forbade letting any relationships
influence judicial conduct (Canon 2B). The other one was 3B(4), which requires, among other things, that a judge “shall be patient, dignified, and “not just some ‘Joe Schmo’ down the street[.]”

There are those who believe that the sanction against Justice Sharp should have been more severe. One candidate for alternative sanction is that he be removed from the bench.  Another is  that the psychological treatment he is already undergoing be mandatory until a report is issued and approved by the court, that his condition has been sufficiently mitigated. Others have pointed out to the “hawks” that (1) the sanction imposed might well cost him the next election and (2) that the court’s decision is so well reasoned and restrained that it should be left where it is. 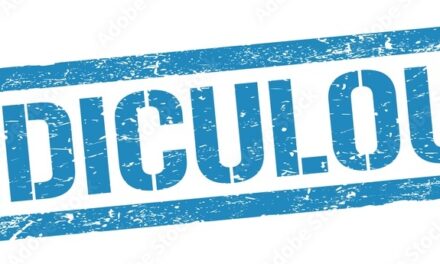 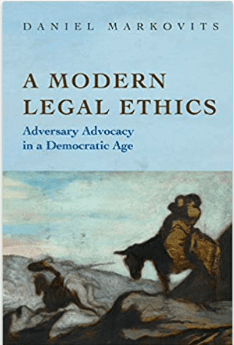