An Arkansas judge (“ArkJ”)–granted he was only part time–was under investigation for granting reduced sentences in return for “sexual favors.”  (It seems to me that the word “favors” is the wrong word. Then again, the phrase “sexual fornication” is redundant, and the word “fornication” by itself sounds too old fashioned–and maybe wrong, as we shall see. “Favors” is the wrong word because it sound too much like a helpful gift–like preparing eggs and bacon for one’s mother on Mother’s Day. Or picking up the laundry.)

Interestingly, the victims of ArkJ’s dispensation of reduced sentences were young men, and ArkJ has been caught at this before  and fined small sums. (The Arkansas gay chat circles are filled with jokes about various grantors of favors and grantees of diminished sentences as being “suckers” and jokes about ArkJ being a “‘blown’ hard.” Of course, such coarse human discourse would never be set forth in more cosmopolitan locals that Little Rock. Cultural correctness would forbid it, except for the new “Trump Age” which appears to be dawning.”)

The state Judicial Discipline and Disability Commission “encouraged” ArkJ to resign when new evidence was discovered, to wit: 1000 related nude photos found on ArkJ’s computer, with the probably discovery of another 3400, or so.  As one might expect, the discovery of the photos has been hailed as a “turning point” in the legal ethics case against the distinguished jurist.


(Of course, one’s virtually automatic guesswork–and it doesn’t even feel like speculation–is that there are all photos of different guys, whereas in fact there might be only a few fellows involved but a lots of photographing per person. There is no reason to think that each reduced sentence would require only one photo. Suppose it were 100 per reduction. I wonder about whether ArkJ and photoed fellow might enter into a business together selling the photos across some border or other.)

ArkJ, having previously been offered the opportunity to resign, did so in a letter containing the following prose promising “to never seek employment as a local, county or state employee or public servant in the State of Arkansas[,]” ever.

Perhaps the now former judge will take up a new law practice defending or advancing gay rights.  Then again, maybe not. Maybe he’ll take up photography as more than a kind of hobby.

LEGAL ETHICS:COMMANDMENT TEN: MENTOR CAREFULLY BUT HUMANELY: INSIST ON IT. 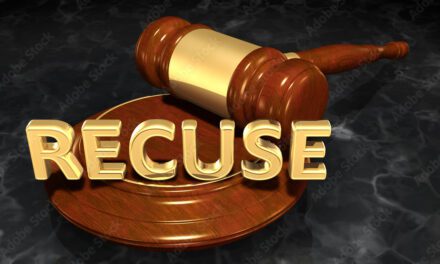