PHYSICAL DAMAGE TO CHATTELS TODAY AND THE “LOSS OF USE” DOCTRINE

For several centuries damages for loss of use of chattels, e.g., horses and/or slaves and/or other movable (i.e., personal) property could be awarded by courts to plaintiffs if the chattel was merely damages to some degree, i.e., partially damages, but could not recover for loss of use if the chattel, e.g., the horse or the slave was totally destroyed, e.g., if the slave were whipped to death or the horse was shot dead.

On January 8, 2016 a unanimous Texas Supreme Court at  long last rejected this view in a witty, historically oriented, explicitly jurisprudential opinion, joined the high courts of other states and adopted the view that loss of use damages could be recovered on the basis of a total loss for which a defendant was legally liable.  It did this principally on the basis of a comprehensive, correct and just account of the nature of the idea of compensation, which is after all the foundation upon which the idea of damages is based.

The theoretical discussion apply to all area of the law, but it will be most apparent in tort law. One can be sure of this at least because this is an insurance case, although the provisions of the carrier’s policy are not at issue. JandD [JD] Towing, LLC [JD] v. American Alternative Insurance Corporation, #14-0574 (Tex. 2016). (The actual name of the company is “J [ampersand] D.” I have not used that correct name because by damnable computer constantly changes the ampersand symbol to something  at least deficient, but also unrecognizable, and even absurd. I object.)

Probably the greatest impact of this case will be on accidents involving commercial autos, since that is where most of the damages for loss of use arise these days. In this case, JD’s tow truck was rammed by another vehicle rendering it a total loss. The company had only one tow truck, so it lost profits. The only real question in the whole lawsuit was whether JD could recover loss of use damages–granted it was a small amount. The Supreme Court wrote a 44 page opinion with 206 footnotes to say “Yes.” (Granted many of the numerous footnotes  are “Id.” notes.) *

And a worthy opinion it is. Witty, focused on ancient, older, and modern history, and providing a classic discussion on the nature of compensation.  The case will become a teaching-learning case regarding that alone. It will also become a model for how to right an upright and noticeable opinion that will be widely read and taught, if only in CLE courses. The section on the true nature of compensation will be cited in Texas cases and in the cases of other jurisdictions for generations to come.

Curiously one of the justices declined to join the other 8 members in several parts of the opinions, although he did not dissent from what was actually said in those sections. Some politically oriented lawyer wags might claim that at least part of this silence from historical parts of the opinion were stimulated by the justice’s political desire to avoid clearly condemning slavery and the involvement of Texas in that “dark era.”

For me, that comment by a lawyer might violate at least the spirit of the ethical disciplinary rules governing Texas lawyers, according to which many forms of judge condemnation by lawyers is discouraged, even forbidden.  I’m also sure that such an evaluation is unfair. Of course, all citizens–including lawyers–have First Amendment rights, but lawyers are limited, surely, by the fact that we are obligated to defend and not to deride the American adversarial system.

*It is worth noting that the opinion also contains a very brief but interesting paragraph on negotiations with insurance companies. It must also be noted, though it is obvious, that the doctrine of the case will apply to any sort of tort involving any sort of tangible object: bulldozers, drones, and all sorts of cyber equipment alike. And, as already stated, the doctrine applies not just in tort actions. 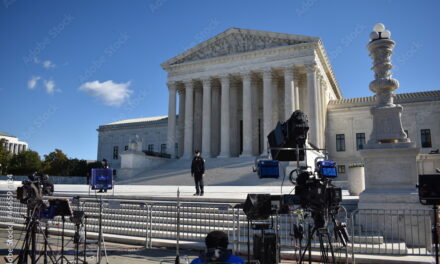