“BLOCK-BILLING”–DESPISED, BLOCKED AND REJECTED. . . .THOUGH NOT FORGOTTEN BUT  CONTINUALLY TRIED, ALAS

Michael Sean Quinn*
It
is now agreed that the crude block billing of legal fees is forbidden as a pernicious
practice.  Lawyers don’t want this rule. Too much work? Too may opportunities for error? Too many ways to get caught gauging?


For a relatively long time, if a lawyer (“L”)  wanted to have a court order the recovery of
fees, e.g., from an opponent, L could not present his fees as having been
billed in blocks.  Over time, this rule
has come to be applied to legal bills sent to clients.  If a court is going to award legal fees on
the basis of block billing, then a client should have to do it either pursuant
to a contract for legal services based on hourly billing
The
phrase “block billing” refers to method of trying to charge fees for different
acts or activities by reporting them together as if they are all part of a
list, without really differentiating them by the amount of time spent on each
of them.
For example, if L reportedly performed 4
different activities, reported his aggregate time as 5 hours, but did not
differentiate between the amount of time he spend on each one of them, then
there has been block billing.
One
older paradigm of block billing is to report a whole day’s  work by seeming to report a whole slew of
activities but then list one temporal number for all of them together.
This
isn’t the only paradigm. Any shorter list will constitute block billing if C
cannot tell how much time was spent on each different activity. Obviously, this could boil down to two
activities.
The problems with
block billing are at least two. And maybe there is a third for those of us who
are distrustful cynics.
First, one cannot
tell how much time was spent on this or that activity and so it cannot be
judged by either temporal or some non-temporal standards.This is especially
important since clients have the right to review, analyze, audit, and demand
only reasonable bills. This right extends to both the terms of the contract,
the activities authorized by the client, and the time reports. Time reports can
be evaluated as to both the amount of time actually spent and whether the
reports are accurate.

This right is not
only generally accepted, it is a part of the contract. For example, it is common for Ls and their firms promise to measure time in 1/10ths of hours.
The clients of the firm have a contract right to confirm or reject this
propositions.  Block billing impedes this right. This is especially true when the client-attorney contracts are form contracts prepared by the Ls and not often reviewed, as is not uncommon.
Second, the longer
the block the more it depends on memory. Long term memory in contexts like this
one is highly unreliable, as is relatively short term memory, especially of
there are narrow margins for permissible error, e.g., 1/10ths of
hours, i.e., 6 minutes.  (It is not
exactly jest to say that lawyers bill by the hour but do not have hourly wages.
They have 6” wages.)
Third, it is
easier to exaggerate and pad bills where the times and the work-episodes are
not closely matched up with each others. Time and therefore fee exaggeration is never permitted for lawyers, of course. No L permitted to constructed a financial model where he expects only 25% of his fees to be paid and so increases his billing by 25(or so)%.


Moreover, if there is one untime-measured entry in a given block, then all elements in that block must be struck, since none of them can be correlated to time. This is true even if the episode of work is substantively valid. In hourly-bills, time is not everything but it is crucial for every entry and therefore any string of entries. These propositions all follow from the regulatory purpose of the rules of hourly billing and from the accepted and fundamental standards of auditing such bills.

(It is well to
remember that the length of a block can be measured in two ways. One way is to
look at how many entries are included in the block. Another way is how long a
period of time there was between the entry of an episode of work and the point
in time when the block was entered into L’s reported time log.)
On this point it
is good to keep in mind that under virtually universally accepted standards L bears the burden of proof with respect to the
reasonableness of the fees. And in this context, it is important to remember
that L is a fiduciary of the client that has a special duty of loyalty.
We should also be
mindful of the fact that  L’s entry of
billing entries is not billable time.
This is well a established standard for judging correct billing
practices.  It virtually follows from
this fact that if L has to spend time defending his bill, that too is not
billable. This point is especially true if L retracts or changes the
description or times involved in his bills.

This may have an
effect on how Ls rights regarding recovering fees are conceived in breach of
contract actions by lawyers against clients.

Thus, if L sues client
for unpaid fees and spends the time in preparation defending the fees—or, rather,
working at proving them reasonable, L is not entitled to fees for that time of his/hers. Of
course, if L has retained outside counsel in the suit, the activities of that lawyer
may generate legal fees which may be sought from the client.  Surely not all of it if L (with the assistance
of counsel) obtains 25% from C can be passed on to C.

Defending the block billing habit can be expensive. This can arise when a law firm sues an ex-client for fees and is required to prove their reasonableness.  It can also be expensive when the fees for phone calls or listening to voice mail messages are exaggerated, as they often are (or so it looks to me). One of the best ways, and perhaps the only objective way to prove this time, is to get the firm’s phone records.
It should probably
be noted that the prohibition on block billing part of a larger system for
guarantying the fiduciary integrity of lawyer billing. It should also be noted
that while most professionally accepted fee and billing principles are
recognized as not just obligatory but a good idea, some lawyers resent and try
to skirt around the READ MY LIPS, NO BLOCK BILLING principle.
Their refrain is,
“Why should I, a prestigious and elite member of society have to deal with
being distrusted at a level like that one and be required to explain myself in
detail and submit my own personal performances to the judgments of others, even
if they are my client. I am not their servant.”
Of course, there
are four things wrong with this part of the song. First, its not L’s
“personal” conduct that is at stake. Second, L is not that prestigious and
elite. Third, there is a sense in which Ls are their Cs servants. Fourth, the “L-Slogan,” “I did some reasonable work, so I am entitled to some reasonable fee, even if I misreported it to some degree” is obviously false and inconsistent with the basic standards and principles governing hourly feel and the auditing thereof.
*Michael Sean Quinn, Ph.D.,
J.D.
The Law Firm of Michael Sean Quinn et
Quinn and Quinn
1300 West Lynn Street, Suite 208
Austin,
Texas 78703
(512)
296-2594
(512)
344-9466 – Fax
E-mail:  mquinn@msquinnlaw.com 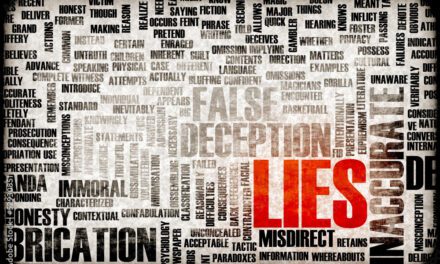