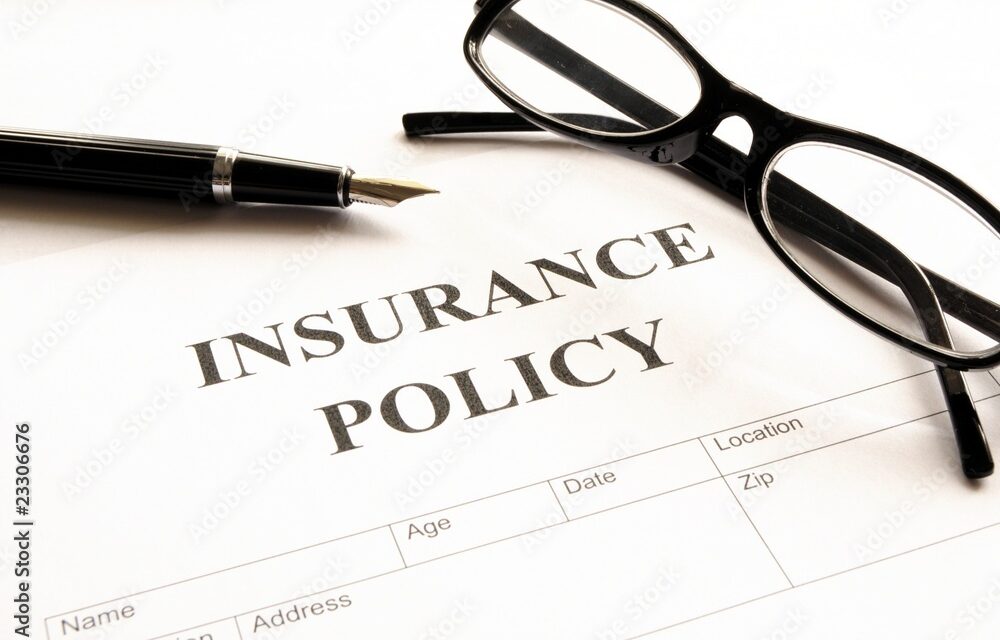 The What & The Where

This post will discuss the role of definitions in insurance policies in abstracto first. I confess, however: there are a few practical points here and there.

The definitions to be found in all contracts of insurance are at least as important as the “insuring agreements,” which try to say “what-all” is insured and the “exclusions,” which subtract from the insuring agreement.  Each separate category of what is included in the specifications of what is insured are more-or-less stated separately and identified by letters (A., a., (a), and so forth),  numbers of one sort ((1), 1., (ii), IV, iv) or another, or both letters and numbers. Roman numerals are both letters and numbers, of course.  (I tend to conceive of categorical limits in insuring agreements as really exclusions, but mine is a distinctly minority position.)

The definitions help understand the general terms.  For example, for many, many years the term “occurrence” has been mostly defined as “an accident.”  This focuses the term “occurrence,” admittedly not very well or completely, but it is far better than nothing, as courts have recognized.

This feature of definitions is of crucial importance in the new cyber-world. Sometimes, the terms there are invented for the policy itself, and it obviously needs specification and clarification. One can easily imagine in today’s world that a lawyer’s not being familiar (or not getting familiar) with the vocabulary of cyber-world vocabulary and discourse might be malpractice. The vigorous study of definitions might help with this.

Definitions help understand the meaning of the propositions in which they occur. The phrase “personal injury” deviates from common usage in frequently used liability policies, so it needs to be defined. Knowledge of vocabulary and definitions is  especially important when there are several ways to refer to the same sort of thing or several ways to describe a given statement.  Consider maritime law, in addition to the law of the cyberworld.

Judge Easterbrook one time said that there is not more new law for the cyberworld than there has been for dealing with horses.  He is wrong beginning with definitions and their nature as of now.  Consider the relationship between possible law and possible codes

Definitions are also helpful in discarding ambiguities. It is helpful in dealing with drafting blunders and/or poor thinking. Definitions may also be crucial in the avoidance of trickery and/or the achieving balances of interests. Both of these propositions are true and important because, if for no other reason, ambiguities must be interpreted in favor of any party to any contract, and therefore contracts of insurance, that did not draft the contract or substantially participate in drafting it. Of course, in the present day, insureds only infrequently draft even parts of insurance contracts. The exceptions are those complex policies that are individually designed.

The main bodies of insurance policies are seldom like that–drafted by the insured or by insurers in conjunction with insureds, but endorsements are occasionally constructed cooperatively. Very seldom has it been seriously considered that in part of a policy language a term is to be treated as ambiguous, but not in another part of the same policy. Clearly such a thing is conceptually possible. It is a bit more common for insurance intermediaries to be involved in drafting policies.This matter will come up again.

Sometimes one party’s legal agent has drafted the whole insurance contract, or a lot of it, and submits it to both sides. If there is ambiguity, then the party for whom the intermediary is not a legal agent would be entitled the benefits resulting from ambiguous language. Interestingly, many participants in the insurance industry do not know for whom brokers are legal agents, and they sometimes get brokers and insurance agents reversed or otherwise wrong, when they think about legal agency and both brokers and agents in the same thoughts.

Definitions like all other parts of insurance policies can themselves be subject to ambiguity. This is true, even though they are specifically designed, in part, to guarantee the non-existence of ambiguity. Of course, if the term being defined–the definiendum–is ambiguous in the definition, it was already ambiguous when it got into the endorsement. What is of interest is where an ambiguity of a substantive term, found in the definition, is by itself, or is part of, the definiens.

In the present day, standard policies are not actually drafted by insurers, but are prepared by entities hired by the individual insurers or hired by a group of insurers. Sometimes the entities that draft standard contracts do this first and then offer them to insurers or groups of insurers. More frequently, nowadays, drafting entity has committees of professionals appointed by a variety of  insurers, supposedly improved policies, or constructing wholly new policies. One of the main topics involved in the drafting of policies is the definitions; drafting committees spend an immense amount of time drafting definitions and getting them approved by the participating carriers.

There can be many different types of endorsements for a given type of policy. Property policies on the inventories of car dealerships are a good example of frequently changing endorsements especially pertaining to the contents of the declarations pages of a policy. These can be hundreds of pages long. They are drafted and agreed upon, usually through a broker, during the period of the policy.

Even declaration pages are subject to the use of definitions straight away and through endorsements.

In considering standardized endorsements, it is worth noting that sometimes available endorsements are on the same topic but involve quite different provisions.  Endorsements are usually numbered to fit with given policies, but there is no standard numbering system across different policies or different kinds of policies.  The ordering of the endorsements can have impact of the definitions.

When a whole policy is presented as a “package policy,” i.e., a policy covering quite different categories of events, e.g., liability policies and property policies or as a “blanket policy,” i.e., one that covers a whole variety of types of acts, events, things, entities, or patterns that are all in the same general category.  Definitions may be needed to specify the category or definitions to indicate what is included in that category.  This can be especially important in policies for the cyberworld.

In an “every day” insurance policy, there are not usually many endorsements, and they are all short.  As a general rule, they do not formulate new definitions. In more complex policies–usually policies involving lots of money, often business policies–there can be a great many endorsements, and some of them can be quite complex, adding up to numerous pages. Recently, I say a cyber liability endorsement that was 30 pp. long attached as an endorsement to a standard Commercial General Liability policy. (Of course, not all complex policies are business policies.) Consider for example art and jewelry policies for very wealthy people when some of their “stuff” is at one or another of their homes, some is on a family yacht, some is on loan to a museum, and some is in a bank vault.

Returning to definitions considered just by themselves, where do they go, and where should they go.
Here are least some of the alternatives:

The way it is generally done is that the definition section comes right after the insuring agreement and then the exclusion section. This is so general that it feels odd to see a policy do it differently.

All defined terms in policies are designated somehow, these days usually by bold lettering, but other ways in yesteryear, e.g., italics and before that with quotation marks.  (In much earlier times, there were no definitions at all.  Property policies in the Eighteenth and part of the Nineteenth Century were like that, at least much of the time.)

Myself, I think the best place to put the definitions is first. Browsing through them prepares the reader for the rest of the policy.  They are easier to find when one studies a policy. If they are listed elsewhere, the reader of a policy will often need to mark them with a tab for make finding easier. Endorsements alter, eliminate or transform definitions in the main body of the policy.  Probably there will need to be marginalia about changes coming from endorsements. It is easier to deal with this later when all the definitions are situated before the insuring agreement and right after the dec. pages.. Of course this is more true–truer and truer (if that idea makes sense)–as the text of the policy lengthens.

Of course, the problem could also be solved by having a page by page table of contents.  Some insurers do this, but not many, and then only with the most standard of all policies.  Obviously, it is virtually impossible to scatter endorsements. around.

What should never be done is to scatter definitions around the policy.  This is true even if the definition is used only once.

It is worth mentioning that sometimes endorsements are put at the first of the policy.  This is true, so far as I can tell, for no very good reason.  However, it stands in the way of having genuine clarity as to the location of definitions. 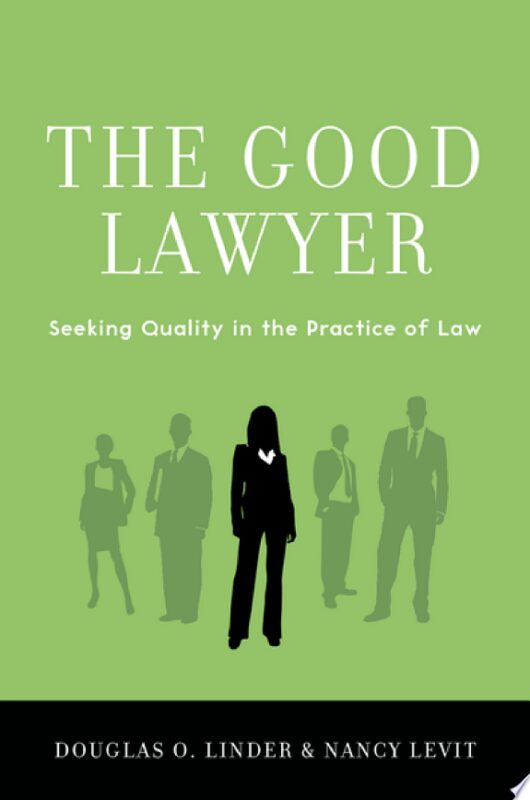