Remember: This Blog is organized around insuring agreements, definitions and exclusions. Conditions, etc., may be remarked upon briefly, but they often resemble not only so-called “Real World” policies and those found in other currently existing so-called  “Policies for the Virtual World.” It also ignores policy limits, retention matters, notice requirements, time intervals for coverage, etc., important as all these are. As usual, the discussion of everything in this blog is preliminary, tentative, sometimes speculative, and–no doubt–occasionally wrong.

After all, there is almost no correcting authority, and some of the most important vocabulary is both new and diversely defined, whether in clear ways or subtle.  There may even be topographical errors here and there.

Also remember, this blog is about substantive sections of the policy only the length of an actual policy is ignored here, though it is a matter of practical  importance in several ways.  Nor is this blog concerned with policy limits at the high end or the size of retentions of the insured at the other. And so on.

No doubt many of you, dear readers, have grown weary of “Essays on Ironshore.”  It’s over. OK?*
No doubt you have found this to be an amazing experience, of one sort or another.* [*/* See the end of this blog.”

This insuring agreement is easy to understand. Since it is liability insurance, it involves a promise of the Insurer to “pay on behalf of the Insured all Loss the Insured is legally obligated to pay as Damages as the direct result of any covered Claim alleging a Miscellaneous Professional Service Wrongful Act,” except that I.K. does not cover any portion of any claim covered insuring agreements B and C, assuming the insured purchased those coverages. (The Insurer’s duty to defend is found specified in some detail elsewhere in the policy, and the amount spent on defense is deducted from the policy limits.)

The explication of this insuring agreement begins with the definition of Miscellaneous Professional Service and then turns to the connected Wrongful Act.

Roughly speaking the definition of Miscellaneous Professional Service is any service listed in a part of the “Declarations Page” of the policy, but it does not include Technological Services or Electronic Publishing. [Presumably, an Insured need not have purchased I.K.]

The definition of the relevant Wrongful Act is nearly as simple, although the underlying concepts are deeper and therefore more complex. The phrase means “any actual or alleged act, unintentional error, omission, neglect, or breach of duty by an Insured, or by a Service Provider, in connection with a Service Provider, in connection with the rendering or failure to render Miscellaneous Professional Services for others for a fee.”

[Significantly, I.K explicitly makes clear the Doctrine of Fortuity, since it utilized the concept of intentionality in a prominent place where it spreads out over everything else.  At the same time, breaches of contract are not outside the definition. The concept of a Service Provider has already been discussed elsewhere in this string of blogs. What is important to remember is that one that is covered must be under written contract with the Insured to render relevant services to it.]This problem is one of appearance only.  There is a separate section in which the duty to defend liability cases is set forth.  This fact may be confusing even to the more experienced reader.  The reason is that the duty to defend is usually set forth in the insuring agreement section of a policy. Here the opposite is true.  That duty  gets its own section,  The insurer’s duty to defend in this policy may be weaker than in many so-called real “world policy.”  Most policies of the so-called “real world” require a liability insurer to defend its insured if the plaintiff’s pleading states–or, probably in many jurisdictions, sketches  a covered claim; it does not require that the claim actually be covered.  The plaintiff (and possible victim) can be wrong about what is asserted in the pleading or even lying, and there still be a duty to defend. The liability sections of this policy don’t appear to say that.  It at least appears that the claim must actually be covered.  I don’t see how that can be true, but if I have understood the language, that is what is says.

Exclusions
I have not noticed any Exclusions that are unique to I.K.  Moreover, I have not recognized an exclusion for breaches of contract.  Finally, I presume that the description of the professional service to be insured might itself exclude at least some exclusions.
Conclusion
I confess that I am not quite clear about what activities might count as “other” professional services.  If the general possibilities that appear to be available by filling a portion on the “dec” page and procuring an agreement from the insurer, they stretch as far as the imagination. This is not true. The Technological Services “exclusion” drives out virtually all of the professional services one would link to a high tech company, e.g., designing networks and lots of other cyber stuff.  In addition, I have understood the definition of Electronic Publishing to be, every kind of informational, therapeutic, or spiritual electronic publication, not to mention preachings of the gospel, etc. would all be excluded from I.K.  [One can almost hear the policy saying, “If you want coverage for broadcasting, etc., and it is not covered elsewhere in this policy, go buy another type of policy, perhaps a newspaper or other media coverage–you know, the type that already exists. OK?”*)Observation: the reader will have notice that the word “directly resulting from,” and its linguistic siblings and cousins appear frequently in this report on the Ironshore policy.  Sometimes in a chain of events which are linked together to create insurer liability the words appear more than one to describe the chain.  These words are becoming ever more used in various kinds of insurance policies but one sees them repeatedly in cyber policies, and certainly this one. 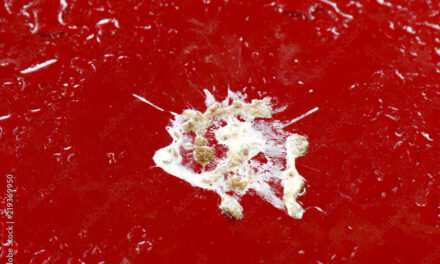 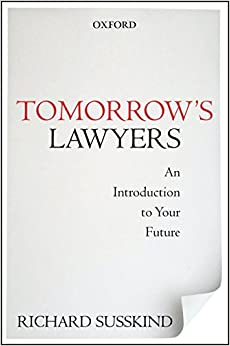