The Opinion of the Court aka the “Majority Opinion” was posted on April 20, 2020. The relevant facts are summarized there. Like the Opinion of the Court, Justice Boyd’s Opinion contains a substantial number of footnote principally containing citations an array of relevant cases and several brief discussions.

What the court takes to be the relevant facts are set forth in the majority opinion, although the dissenting opinion of Chief Justice Hecht discusses more quite interesting facts. For review, think of the following ever so brief sketch: hail storm. . . . building damaged. . . . BT makes claim. . . . SFL says twice “Covered but too small to pay (deductible). . . .BT sued. SFL invoked appraisal clause commonly found in contracts of property insurance. . . . Appraisal award is more than 38 times the size of the deductible, and 65 times the insurer initial offer. SFL pays quickly, after subtracting deductible and depreciation. Question: As a matter of law, does SFL owe money under the policy and/or penalties (“insurance-bad-faith-damages” under the applicable law, including the Texas Prompt Payment of Claims (TPPCA)? (Section 542 of the Texas Insurance Code.) Holding: Not proved on summary judgment, i.e., as a matter of law, so reversed and remanded.

Justice Boyd, whose opinion this is, and his alone, concurred with the Court majority that the case needed to be remanded. The majority had concluded that SFL, by paying the appraisal award, had “accepted” liability. Justice Boyd disagreed; his opinion expresses the view that the following proposition is false:  “by voluntarily and unconditionally paying the benefits claimed, the insurer conceded both its liability and the claim’s validity.” By rejecting this proposition, Justice Boyd dissents. He concurs with the court in remanding the case, but “his remand” would be “solely for a determination of the amount of statutory interest and attorney fees the insurer owes the insured.” Of course, as the reader will see, Justice Boyd rejected some of the other propositions Justice Green and his group embraced. It is worth keeping in mind that one of the subtle differences between Justice Boyd and Justice Green concerns the meanings of two words: “liable” and “accept.”

Quinn Comment: My comments hereafter will be in smaller type than the text trying to describe Justice Boyd’s Opinion. (As the reader will note, this sensible distinction is not always observed.) The section designations seen below are those of the opinion.  The initials “SFL” are consistently substituted for the name “State Farm,” even in quoted passages.  None of the opinions sufficiently recognize and explore the fact that more than a few payments by insurance companies are in part or in whole negotiated settlements where neither side is admitting or asserting coverage or exposure. These negotiated deals are entered into both during litigation and before.

A. The [Texas] Prompt Payment of Claims Act [TPPCA]

With considerable care, Justice Green lays out the TPPCA rules; he even sets up a graphic flowchart showing how the system works. He emphasizes the exactness and strictness of the timetables and the enforcement provisions. The way Justice Boyd portrays the rules, one sees that they are to be strictly enforced and that there are no defenses for the tardy insurer. The theme is “Get ‘it’ done by the day deductible from the rule or else.” “If you don’t get ‘it’ done by the nth day specified in the TPPCA rule, you will pay the penalties specified there.” The form of those penalties, as stated there, is 18% interest on unpaid balances and attorney fees.

Quinn Comment. (i) There is no detailed or needed discussion here or in the Green opinion regarding how to think about a situation in which an insurer accepts part of a claim and rejects another part. Think of two buildings; the insurer says coverage for one, but not the other, and so accepts the claim for one of the buildings but rejects the claim for the other. (ii) There is no detailed discussion about how to calculate interest when an insurer rejects part a claim but then turns out to be half-right in doing that but half-wrong. (iii) Nor are their discussion about how to think about attorney fees in that situation.  Perhaps all this is for different cases. There is a very brief discussion of these problems: it is roughly this. I an insurer pays only part of a claim, then the unpaid part may be subject to the Section 542 deadlines. There is no discussion of waiver by the insured of the deadlines. But see Ortiz v State Farm Lloyds (Tex. 2020).

This information is to be found above and in the majority opinion, except, as Justice Boyd puts it, “Ultimately, 664 days after first inspecting the property, 659 days after completing its investigation and rejecting* the claim, and seven days after receiving the appraisal report, State Farm [SFL] voluntarily and unconditionally paid the appraisal amount, less depreciation and the deductible.”

*Quinn’s Comments. As a matter of historical interest as to claims-handling in Amerca, for a very long time what the statute calls “rejecting” a claim was called “denying” a claim. More recently, it has been called “declining” a claim.  My bet is that each of these terms has a different connotation. Note that two paragraphs down herein there is a quote from Justice Green’s opinion in which he uses the term “deny.” Chief Justice Hecht uses the term “deny” at least once.

“Against this backdrop, the two issues are (1) whether SFL, having voluntarily and unconditionally paid the claim for benefits–but having ‘delayed payment’ for more than sixty days after receiving all the information it required from Barbara Tech–is also obligated to pay statutory interest and attorney fees and (2) whether SFL’s invocation of the appraisal process changes the analysis under the statute. [Remember: The initials “SFL” are consistently substituted for the name “State Farm,” even in quoted passages. [MSQ]]

Justice Green agrees[–how could he not?–]with the Opinion of the Court that TPPCA does not indicate how the invocation of an appraisal clause affects the deadlines in TPPCA, that the appraisal process pertains only to disputes regarding valuation,  and that it does not decide issues of coverage, the validity of BT’s claim, or SFL’s liability. After the appraisal, just as before, had the right to “either deny the claim or voluntarily pay it. “

With only one exception, Texas state and federal cases have “consistently held that an insurer that makes full and timely payment of an appraisal is not obligated to pay statutory interest or attorney’s fees even if it previously failed to comply with the Act or timely pay the claim.” Justice Green criticizes this whole line of cases by asserting that most of them have not analyzed the statute, and when they have given arguments in favor of their decisions their arguments have not justified their views.

Justice Boyd disagreed. For one thing, the statute restricts itself to information coming from “requests from the claimant,” and the appraisal report does not meet that condition. For another, the requests that matter must come during the process of investigation for the purpose of securing (i.e., obtaining?) a final proof of loss. In setting forth this argument, Justice Green and Justice Boyd agreed.

Quinn’s Comment. Those criticisms can be considered in another place, although it is helpful to point out that one of his criticisms is based on the ambiguity of the word “liability.” Moreover, observes Justice Green, the argument raised by SFL and its amici is different. They now argue that the appraisal provided new information that fits into the statutory timetable which began when an insurer had received all the information it had requested. SFL argued that the appraisal report met that criterion. Chief Justice Hecht is very critical of Boyd’s argument about this. He can be seen as saying, “How can you be critical of that much precedent over that many year sand step into the minority of one position?

In Justice Boyd’s opinion, SFL took more than 60 days to pay BT’s claim after it received all the information it required from BT. In fact, it rejected the claim and so is obligated to pay statutory interest and attorney’s fees.

Justice Boyd notes that on remand the trial court will have to decide whether 542.058 or 542.060 provide the standard as to whether SFL will owe statutory interest and attorney fees and make this decision based on arguments from both sides. Justice Boyd believes that the plain language of the statute itself decides the correct decision. He gave three reasons. First, these two subsections cannot apply at the same time since they involve different burdens of proof. Second, .060 does not apply since SFL fully complied with the Act. Third, regardless of which section applies, “SFL owes interest and fees because it conceded both claim’s validity and its own liability under the policy by voluntarily and unconditionally paying the benefit.”

Quinn’s Comment. Justice Boyd argues each of his three points in some detail. For me, only the argument for the third point needs discussion here. It depends on the ambiguity easily found in the word “liable,” and that point is plausibly discussed at learned length.

In summary, SFL timely acknowledged, investigated, and rejected BT’s claim just as the Act required. Unsatisfied with SFL’s decision, BT filed suit, forcing SFL to either voluntarily pay the claim or litigate its liability and the claim’s validity. SFL chose to voluntarily and unconditionally pay the claim but did so more than sixty days after receiving from BT all the information it reasonably required to initially reject the claim. Because SFL fully complied with the Act’s requirements, section .060 and its “is liable” standard does not apply. Instead, section .058 applies and because arbitration of litigation has never determined that BT’s claim was invalid and should not have been paid, section 0.58 requires SFL to pay statutory interest and attorney fees. Even if section .060 were to apply, payment of statutory interest and attorney’s fee would be required, since SFL admitted that it was liable under the policy.

Quinn’s Comments. (1) Is Justice Boyd’s opinion more literalistic than that of Justice Green and “his” majority? (2) If so, is the looser statutory interpretation of Justice Boyd pragmatic in nature given the long and valuable history of appraisals in first-party insurance cases and therefore something to be encouraged where possible by statutory interpretation? (3) It is difficult not to respect and admire the elegance and rigor of Justice Boyd’s opinion, irrespective of whose view is the more correct. 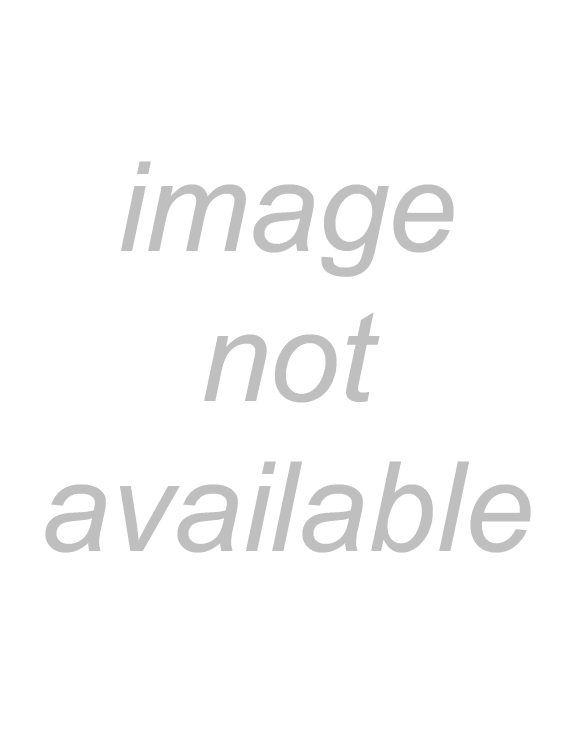