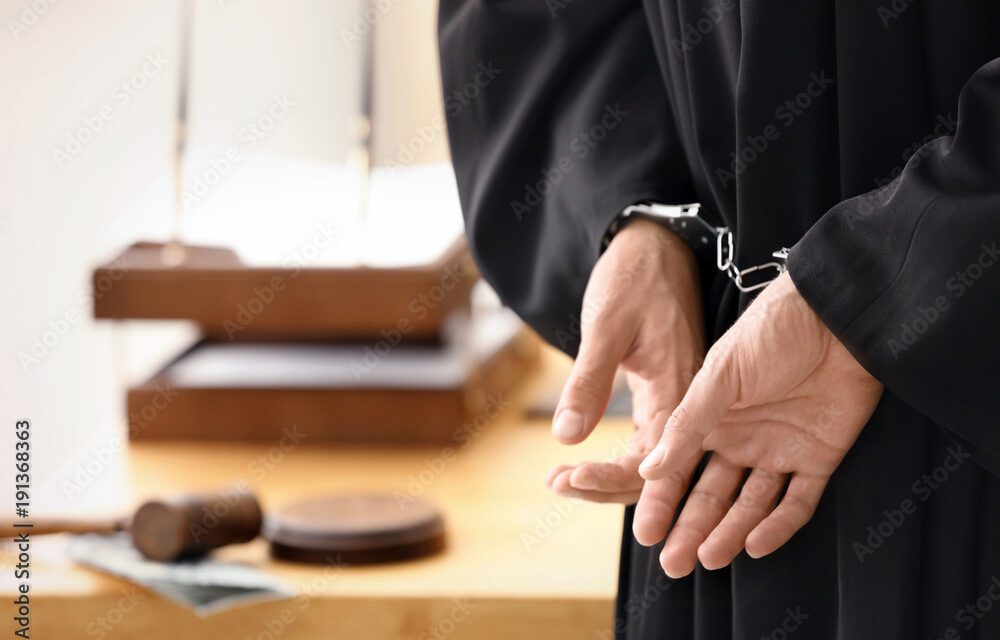 An Ohio judge, 72 years old, was poisoned by his wife. She used antifreeze that she poured into his drink. The marriage has lasted 45 years up until then. She did it as a device to secure medical treatment for him, not just for the poisoning but for other medical problems, as well. One wonders what the other medical problems were.  Any chance it was alcoholism?  She pleaded guilty to “felonious assault.”

October 2014. A Pa. judge, age 41, faced minor criminal charges when she side-swiped a car after crossing the center line and then took off. The other driver followed her and claims to have observed several other similar swerves.  On the other driver, there was a smell of booze.

The side-swiper was a “Magisterial District Judge,” no less. The charge was obstruction of justice. His lawyer said that this was private and did not reflect the way she would discharge her judicial duties.

To be sure, the charge is unusual, but doesn’t it fit? And surely it is better, in some ways, for her than DUI/DWI. Then again, maybe not.  If a judge obstructs justice in any part of his/her life, perhaps that person should not continue being a judge.  Better a drunk judge than a one with proclivities to injustice.

September 2014. A municipal judge in Philly, Pa. 61 years old, plead guilty to various federal charges–the usual, I guess mail fraud, wire fraud, etc.–arising out of his offering his “services” (judicial influence) in exchange for campaign contributions. He is scheduled for sentencing in January 2015, and the prosecutors are said to be recommending 2 yrs.

Municipal judges in Pa. must have a lot of judicial power since it was a gun charge involved. In some states, the usual type of case many judges hear is tipping over on a sidewalk while tying your shoes.

September 2014. A Nevada judge gave up his law license and his judgeship after pleading guilty to one count of a 19-count indictment, to wit: a wire fraud conspiracy charge. The case arose out of a $3M investment scheme. I guess he made a bet on an investment, of sorts. The prosecution will, it is reported, suggest 27 months at his January sentencing, and J. keeps his $150T yearly pension. (He must have been a judge a long time. Maybe he just got bored and decided to gamble.

If I were in LV, where he was a judge, I would bet he’s squealing. Wouldn’t you?