“Madam. Are you certain today?” [Sketch I] 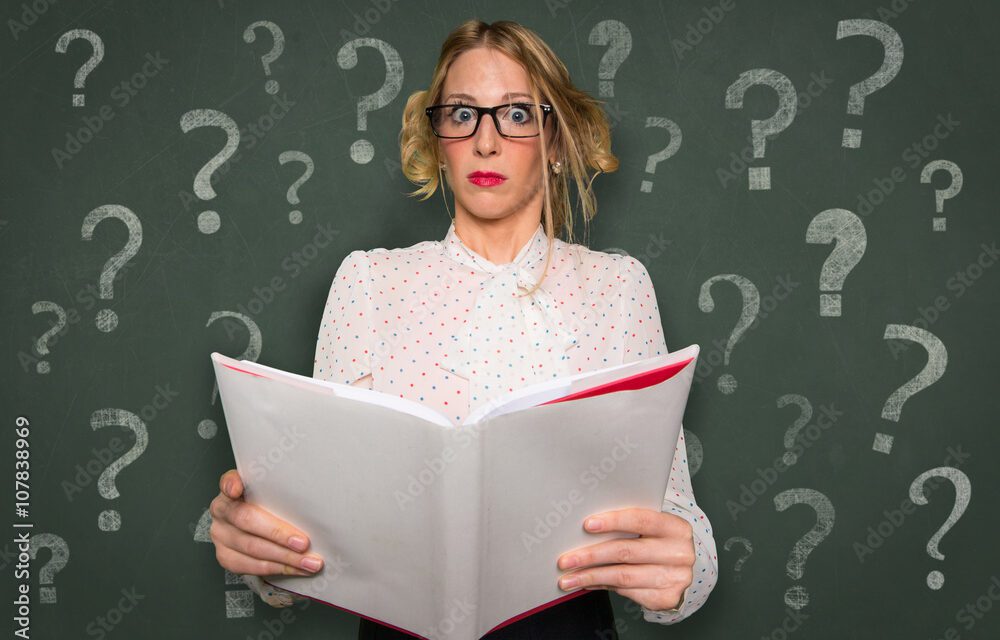 There is a species of questions with respect to which witnesses (including expert witnesses) must be extra-careful. The category questions certainty. Often the question takes a simple and explicit form. The witness has said something clearly and straightforwardly, whereupon deposing counsel says to the witness:

Q. Are you certain of that?

Many answers are susceptible to this question.  It’s one of those questions where examining counsel does not really care what answer is given. Look at two alternatives:

You said the man you saw was about 5’6″, how tall is the woman sitting at the next table?

You didn’t have on your sunglasses, did you, even though it was noon in
Austin on August 17th, true?

Of course, then on direct examination at trial, or in settlement arguments, where the witness may not even be present, the side of the examining counsel will attack the witness for not really having trustworthy testimony.

A#3. Yes, though not quite completely certain.  No one could be.

Much better.  Maybe best.  What is examining counsel going to ask next? All the choices I can think of sound intrusive, too perfective, even absurd.

Another really good way to deal with this problem is to challenge the question.  There are a number of ways to do this.  I will call them QWs after “Questions by Witness.”

Ways to deal with this second question is to say:

A. The term “certain” can be used in a variety of different ways.

And the discussion will go on for a while. The witness can look like she’s avoiding giving a reasonable answer.

So consider trying these.

A#(i).  I think so.
A#(ii). It depends on what one means by “certain.”
A#(iii). Well, it’s an empirical matter, not like mathematics, so no reasonable person can be absolutely certain. Given that caveat/limitation/caution, yes, I’m certain.
A#(iv).  Certainty is a psychological state.  It has nothing to do with justified true belief.  I have the latter three.

Personally, I like A#(iii).  The witness looks reasonable and it is very difficult to challenge the idea that no one can be absolutely certain about purely empirical matters.

I like A#(iv) too but it’s complicated. Still, probably most people will agree with it.

I have heard “idiot” lawyers try this one:

Q. Are you certain?
A. Yes.
Q. Are you absolutely certain?

The lawyer has dug a deep hole for himself.

A. There is no such thing.
A. Only a dogmatist fool would ever say something like that about this kind of matter.
A. I don’t understand the difference between “certainty” and “absolute certainty,” although
I’m certain you must think there is.

Quinn’s First Comment: This lawyer should get an award from “the local” of “Questionable Dumb Bell.”

A questioning lawyer may object on the grounds that the answer is not responsive, and try to get another answer. Protecting lawyers should argue against this. Here’s one way: “Yes it is. Move on.”
Here’s another way. “Please explain your objection. Why isn’t what she said responsive?”  Protecting counsel might consider trying “another” way first and then go to the first way second.

Quinn’s Second Comment:  A witness should be prepared for this kind of question.

Quinn’s Third Comment: Try this. Without saying anything as a preference: “I am certain, though not completely certain.”

This may generate a responsive question:

Q. What do you think the ‘word’ means?

A. There are so many meanings, Tell me what you are thinking.

Quinn’s Fifth Comment: Try to shift the discussion to the meaning of “sure.”

Q. Well, OK, you are not certain about X because you view if the world is that one can not really be
certain about anything.  Of course, lots of people would disagree with that.  You know that don’t you?

A. I think so. And lots of people say that sort of thing.

Q. You not willing to say that you know that people disagree with you>

A. Knowledge and certainty are not the same things.

Q. OK. Let’s try it this way.  Are you sure about what you have said?

Elaboration on Quinn’s Comment: Above all, the witness should say something like this, “I’m not sure what the difference is between being sure and being certain.  I’m not sure how to talk about this, and I’m not certain how your question works.  Please give your definitions.”