The case is William Marchbanks v. Liberty Insurance Corporation, 18-0977 (Tex. June 19, 2020). The issue therein was “whether an insurer’s payment of an appraisal award bars an insured’s claims under the Texas Prompt Payment of Claims Act (TPPCA), codified as Chapter 512 of the Insurance Code.” Since the Court had twice held previously that it did not, the Court reversed the judgment in the court of appeals in this case by means of a per curiam opinion and sent the case back to the trial court to consider Marchbanks’ TPPCA clams in the light of its previous year-old decisions.

The previous cases were Barbara Technologies Corp. v. State Farm Lloyds (589 S.W.3d 806, 820 (Tex. 2019)(“[P]ayment in accordance with an appraisal is neither an acknowledgment of liability nor a determination of liability under the policy for purposes of TPPCA damages under section 542.060.”) and Ortiz v. State Farm Lloyds, 589 S.W.3d 127, 135 (Tex. 2019)(“[A]n insurer’s payment of an appraisal award does not as matter of law bar an insured’s claims under the Prompt Payment Act.”)). The Texas Supreme Court decided those two cases on the same day.

It is easy to see why this case (Marchbanks) was controlled by the two previous cases. The adjustment history tells the whole story.

There was a storm. Marchbanks filed a first-party property claim regarding his residence claiming it sustained hail and wind damage. The insurer inspected and found no damage resulting from the storm. Fifteen months later, Marchbanks sought a second inspection. This time the carrier found $387.00 in damages but denied the claim again since that amount was less than the deductible. It took 3 months for Liberty to let Marchbanks know its denial decision.

This time, Liberty paid the award and sought summary judgment as to all Marchbanks’ claims. The trial court granted the motion and entered a take-nothing judgment against Marchbanks,  The Court of Appeals erroneously affirmed.  558 S.W.3d 308 (Tex. App.–Houston [14th District.] 2018). The general principles for why the Supreme Court reversed are set forth above.

This case nicely illustrates why the Supreme Court made sure the principles it enunciated in 2019 stay put. The facts of this case are simple enough. Viewed from the insured’s point of view they are these:

So, what did M experience? Two denials. Several delays caused by L, after one caused by him (it looks like). Defeat in the trial court and then another retreat in the court of appeals.

The denials were unreasonable–after-all, L reversed them. L’s delays were unreasonable. No doubt M experienced them as such; with little doubt, M was treated wrongfully; probably L was not paying attention, or someone was determined not to pay this claim.

The fact that L eventually paid the claim did not exonerate it from treating M wrongfully along the way.* But this is the sort of thing actions for insurance bad faith, whether statutory or common law, was designed to make insured’s whole and to prevent insurers from entering into this kind of conduct and to prevent itself from this sort of conduct.

In any case, from the point of view of sound legal thinking and reasoning, it would be absurd to let bad faith insurers off the hook of paying damages simply because they eventually paid the claim after a considerable amount of falderal and an appraisal. In fact, the law’s doing things that way would encourage just the sort of errors to be found at the foundation of this case.

Given the 40 years of my experience in insurance law and adjusting, it is difficult for me to believe that a respected insurance company would deliberately attempt to “f” an insured out of a right to tiny compensation simply because the claim was so small that an insured would be unlikely to pursue it.  However, someone with a more cynical imagination than I have would be able to think of what happened in this case as exactly that.

Well, the case is now back in the trial court and the bad faith issues will now be tried. It will be interesting to see how it goes.  Interestingly, the length of time between the damage-causing event and later this year will make proof more difficult. Then again, the insurer’s claim file will be a great source of evidence, as will the faulty memories of the adjusters.

My guess is that it will not be tried. Certainly, if I were advising L, I would suggest that a settlement be reached, and this time that it will be more than a few hundred dollars. 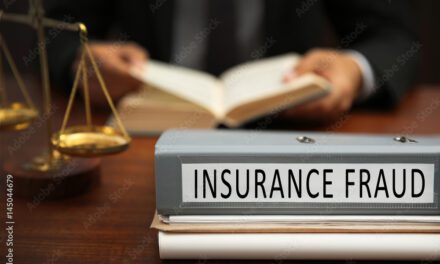