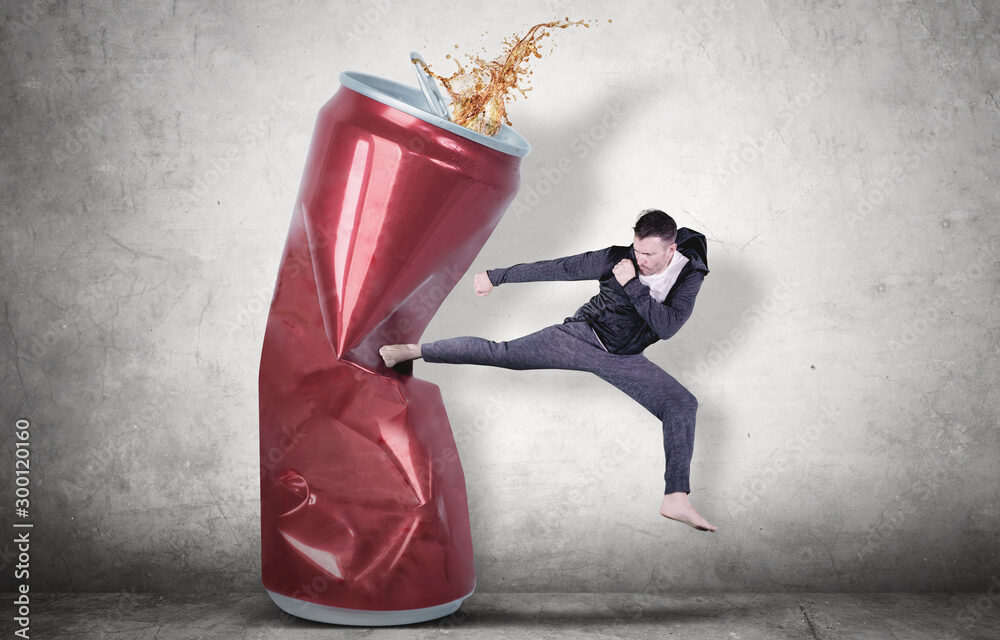 This essay is going to sound like a political tract of sorts, and to some extent it is.  It is also, however, a reflection on parts of the legal system.   It will consist of a few opening remarks, and then sets of questions, plus a few reflections on the meanings of the questions and some potential answers to those questions.

I have never heard anyone say, “Let’s just kick the can down the road for now.”  It sounds shallow and lazy.  It sounds cowardly, or–at least–unnecessarily risk aversive, inattentive to public policy, or –better yet–inattentive to the common good, and lacking in a commitment to sound (usually political) leadership.

Now let’s think about the phrase:  KICK THE CAN DOWN THE ROAD.  The phrase is now a cliche, and it’s hard to see how a phrase can always have been a cliche.  It must have had a start in usage before it became a cliche.  It’s too bad when neat, elegant metaphors become common usage. Their power is destroyed.  Never mind, let’s look at the component of the phrase.

Why kick rather than throw?  Isn’t throwing more accurate (usually) than kicking?  Does it (throwing) not usually go further?

What’s the relevant image? Soccer? Probably not; No roads, in that game?

The image of kicking cans down a road presupposes that there is no other side trying to prevent the kick, does it not?  Or cut down on the distance?  Or ruin the game somehow or other?

Can kicking on roadways may be done alone, but it quite often involves groups?  When groups are involved is there not usually a game when this sort of thing is going on?

If it’s a game, it is a well-known game activity with well-established rules, like jacks? If there are rules, are they made up on the spot–say, as the expedition progresses.

Or is there just informal competition?  If it is a competition, is it not usually who can kick the can further.  Or can it be done simply for the fun and beauty of it?

I have never seen boys kicking cans down a road when they were enemies.  Can enemy boys, together, kick a can down a road?  Is that consistent with the image to be remembered?

Does the image one has of two boys (or girls, or a mix) kicking a can down a road include the idea of running fast while doing it?
Is it not usually imagined as involving a walk? Is can-kicking in this activity likely injurious to one’s feet?  Or to the rest of one’s body?  Or to the person in general?  Is there foot apparel one should not wear?  Or can the can simply be kicked with virtually any footwear, and if so, what and which?  Is it true that a woman doing this should not wear heels?  Stilettos?

Can kicking a can be a useful activity?  For example, can it take one’s mind off a pressing, complex, and so far unsolvable problem?  Or an emotional state?

Since corporations are not persons, one would think that they can now have emotional states.  Political parties? Governments? Any odd thing which can be true of a corporation is automatically have-able by another organization?  A law firm?

Can you ponder, reflect, and/or meditate while you are kicking a can down a road?  Can one create new ideas, and set aside old ones, while kicking the can?  What about prayer?  Or its siblings and cousins?

Can one be drinking, etc., while kicking and still be doing it right?  Does it fit the image of what two boys, stoned out of their minds would really be “kicking a can down the road”?  (Alas, can one really think otherwise.  Didn’t some of us smoke when we did it?)

Why a can?  Why not a teddy bear? Or something of the sort: an elephant? A donkey?

Do we all have the image of the can as empty?  Probably bright?
And probably a metal that is or looks like tin?  Or have times changed on that?

Is the can empty?  Would it make any difference?  If it had a very light content Wouldn’t that have any effect, except maybe for the racket?  Isn’t it obvious that heavy content would make a bit quite a bit of difference?  [This is an important point “philosophically” as we shall see.]

How big is the can?  What difference would it make, if any?

Does it make any difference whether the outside wrapping is on it?
What about the brand name?  And related information?

Does it make any difference if the can has been kicked before?  By the same “guys”?  By a wholly different group?  During a different season?  By one guy as a way to ponder and pray?

Does it matter if the can is dented?  How many?  How big?

In general, how might the can generate kick-ability factors?  How many can there be at once?

Doesn’t use the road, rather the surrounding areas, suggest an easier activity than scrounging around in nearby bushes?  Or get it out of a pond?

Then again, is it not more difficult to keep the can on the roadway?
How wide is the road?  How many lanes?  If any?

Can it be useful to kick a can down a road when that’s the direction one is heading but one can’t get there in one swishing swoop?

Does it matter whether–or, really, the extent to which–the road is flat? Uphill? Downhill? Curved?

For a particular activity, how does gravel versus dirt come into play?  Can you envision, “Ladies and gentlemen, we shouldn’t be kicking this can down that gravel road!”?

Can a bridge be treated as a road?  Cab a dock be thus treated?  What about a beach upon which cars or motorcycles drag up and down?  Having just been tractored?

Is this one easy?  Does hilliness matter to the inquiry and thinking?
Steepness?

Of course, these questions have already been set forth. Nevertheless, shouldn’t one attend to the fact that “down” is the work and not “up”?

Does it matter if the road being invoked is next to a cliff?  Which is next to an ocean?  A raging river? Any river?  A stream? An abyss?

Does “down” imply (or suggest) a long way?  Is a shorter distance really a “down”?  (Probably, as a matter of semantics, the answer to this one is linguistically self-evident.  Maybe I’m just being a lawyer and covering all the bases. Surely, a boring, boring, boring component of the practice of law..

Is enough, enough?  Can “enough” be too much?   In any case, this is a good stopping place as to the recitation of abstract questions, isn’t it?

CONCLUSION AS TO THE ABSTRACT

It is perfectly obvious that the cliche “kick the can” is not a simple phrase and treating it as such is nothing but dodging real and important questions.  Of course, not all of “Quinn’s Questions” need to be asked in any controversy.  Still, lots of them should.  It will bring meaning to life, and where a good idea, it will bring criticism into clarity and therefore–sometimes–into the realm of refutation.

Also, while the predominant image, around and about, is of two kids kicking a can down a road, the can is empty or nearly so.  But the point of the cliche is to emphasize the importance of the subject and the “evils” of just kicking it down a road.  This means that the can would have to have something in it–indeed, something heavy.  But this destroys the metaphor.  The metaphor becomes something contradictory.

That is an absurd image, unless–of course–it is intended to be comical. Imagine a saying that hinges on adult men and women kicking down a dirt road with the deliberate purpose of at least one of the kickers trying to avoid getting anywhere serious.

The saying is so incoherent that one might as well try to make a feasible and actually coherent political exhortation  out of a negative modification of a line from the great Twentieth-Century American philosopher, Cole Porter:  “I get a kick out of you.”

Now, let’s ignore the ridiculous character of the cliche.  Let’s instead let’s apply the absurd image to the legal system while looking the other way from its absurdity.

Often, delay conjoined with “moving along” is a good thing.  Can kicking does not even imply that those walking on the road are lazy, distracted, or stupid.  It also does not imply that they are “idiots” or children.  It does not so much as suggest that children are standing in the way of adults moving forward–blocking the roadway by their presence or by leaving some cans in the road.

This point has been known in negotiations.  At least there, it is well understood that so long as those involved are moving along kicking their way, the negotiation is making progress.  This general point applies to settling lawsuits.  Maybe it’s a good way to formulate the Getting to Yes approach, which is the noblest of all approaches to negotiation and the hardest to fit into the context of two-party litigation.

Can opposing counsel work toward truly professional trial activity by doing some kicking of the can?

Should opposing counsel ever say to a judge, “We need to kick the can down the road a bit more before we attempt to try the case?

Should a judge, or group of judges, deciding a case, agree among themselves to kick at least one of the cans involved in a specified road?  Even if the walk carries over from term to term?  Isn’t the image of can-kicking more attractive than the image of simply delaying?

In short, to the extent that the legal profession does not appreciate the positive qualities of kicking a can down a road, it needs to expand its view, and that may involve another form of can-kicking, only this time it would be “meta-kicking of the can.”

P.S. In July or August or 2017 some political scalawag in U.S. politics suggested that it was better to kick cans down roads than to kick the asses of children in the immediate present.  I can’t find the quote on the Net. I must say that it seems correct if we are talking about paying for the medical misfortunes of children. Obvious point. Barely worth mentioning. Shown one the state of American politics in the first year of the short “Age of the Sorry Trumpet. 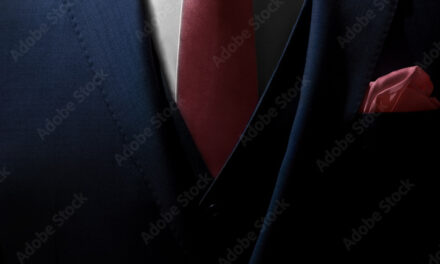 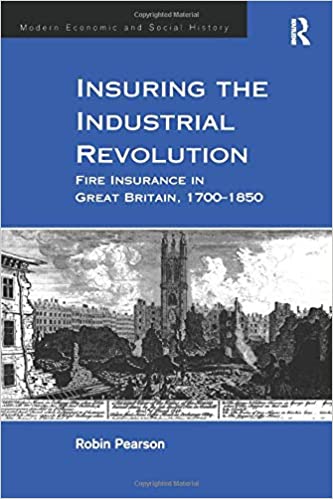