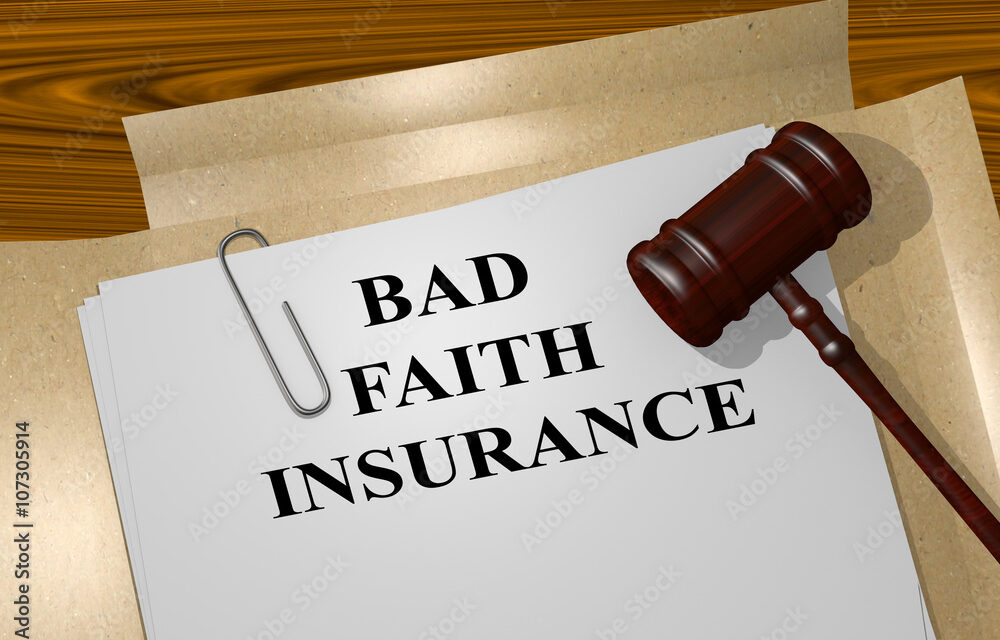 This entry focuses solely on insurer bad faith (IBF) as it arises out of  disputes as to coverage and therefore how the policy should be determined.

It is not about any other component of IBF, e.g., the adequacy or inadequacy of investigations. Obviously, if an insured alleges that a carrier has performed an inadequate investigation in adjusting the claim, if the dispute rests in any part upon facts about the investigation, the insured will survive summary judgment, so long as there are alleged relevant and non-trivial facts at issue.  Similarly, if the insurer has performed any investigation at all, it too will survive summary judgment. There is at least one disputed fact issue in both of these cases.

Now we get to the interesting problem.  Suppose the dispute hinges on “What does the policy say?” “How is the policy to be interpreted?”  “What does “Clause 14(a)(1)(iii) mean?”  Or suppose that contract interpretation dispute are a component of the dispute?

It is well established that authoritative interpretations of language are within the judge’s jurisdiction and not within that of any other fact finder.  Thus, in an insurer bad faith case regarding the meaning of a contract of insurance the judge decides (or can decide) the meaning of the policy.  Sometimes, judges ask or the jury’s reaction, but this need not happen, and it does not bind the judge.

Now suppose the insurer loses the arguments about interpreting the contract, and the court decides the meaning of the policy in favor of the insured.  Obviously, this fact does not entail that the insurer is guilty of IBF.  The insurer will simply take the view that the matter of contract interpretation was “fairly debatable,” and that its interpretation was reasonable and hence that it was fair to take the position it did and debate the matter.  (Not all courts use the phrase “fairly debatable,” but the alternative criteria are usually conceptually equivalent to it or close to it.)

Before going further, it might be a good thing to notice that there are at least three different meaning of the word “fair.”

(1) One of them is about a component of justice, and it usually taken to be formulated in term of treating like cases alike.  The image here is of a judge with litigants before him/her, and the judge has an obligation not only to be reasonable in finding facts and interpreting the law but must treat those two litigants like.  The judge must also treat the next set of litigants the same way he treated the last set, at least usually.

(2) A second one is that an entity like an insurance company, or anything of the like, must treat the interests of an insured at least equal to its own.  It would be unfair for the insurer to place its interests above those of the insured.  Those two sets of interests do not have to match up in their nature.  In other words, fair decision making here is not simply balancing two sets of interests if the same type, if the substantive nature of those interests are different.  Of course, there is usually a set of very similar interests on both sides, to wit: money.

Both (1) an (2) involve the idea that fairness is an idea with cloudy edges.  The center of the idea is precise enough, but where the idea leaves off and the idea of unfairness begins is not really very clear.  In fact, opaque.

(3) A third one, is just as cloudy as fairness as conceived in categories (1) and (2), but the idea of fairness itself  is quite different as is the idea of cloudy built, as it were, into the concept of fairness itself.  The idea here is that something (X) is fairly thought of as  (Y) if it is fairly similar to Y (a something else). The idea  clearly not mean not the same as, nor does it mean either  somewhat alike or rather similar.  Nor does it mean almost exactly alike.  My hypothesis is that it means reasonably close to being almost alike.   I shall return to this matter later.

Both (1) or (2)  centers on one question (as do its “off spring” questions), that question is  obvious enough, though the answer is not.  The issue concerns  who should decide the fairness element of the controversy as to meaning.

Does the judge decide this issue?  After all s/he authoritatively decided the meaning of the policy.  The law requires that s/he decide such issues on the basis of reason, conceptual-analysis-only, or “linguistic analysis,” including language “appreciation.”  Thus, if the judge comes to a conclusion as to the meaning of the  language, surely the judge should decided the issue of the reasonableness of mistaken interpretations.

To be sure, the judge decides the semantic issue, but the issue of fairness hinges on facts, morality, ethics, public policy, and custom.  If the judge were to decide the issue of fairness, s/he would be examining his/her own internal consciousness to see how the linguistic decision derived and by what route of thinking the answer arrived.  Isn’t obvious there is a fact issue in here, at least in part, one might vigorously, or at least wonder about?

It is easy to conceive how it would go to a jury, sort of.  It would be asked to consider two propositions of interpretation; it would be told which one has  been adopted  and which one has been rejected.  It would then asked whether the person depending on the defeated one was reasonable in adopting it, arguing for it, and relying on it.  It would be reasonable to ask the jury to consider what the carrier’s decision as to meaning had  to do with the carrier’s aim at profits, if anything.

The standard for sound  decision would be whether a reasonable and appropriately knowledgeable person  under the circumstances of the case could reasonably adopt the meaning  rejected.  Of course, this is or is very much like the negligence standard of care.  Why should there not be negligence with respect to picking out the meaning of language?

What could be called the thoroughly empiricist view of deciding issues of fairness also makes it easy to imagine the types of evidence that might be introduced when deciding those issues. There would be documents, if any, explaining the insurer’s decision and its rationality. There would be fact-witness testimony on that issue.  There would be documents, if any, critical of the insurers thinking, the quality of its arguing with itself.  There might be cases.  There might be various decisions or debates to be found in administrative law processes.  There might be dictionaries and/or histories of language.  There might be expert witnesses.  They might come from a whole variety of different occupations: lexicographers, linguists, some types of philosophers (like J.L.Austin from the last generation), and even some specially educated lawyers.

Nevertheless, there are difficulties with both positions.  How should the controversy be decided, assuming there really is a controversy, as I have suggested there is?  One might be inclined to think there is a controversy, since if the conceptual-analysis-only approach  is adopted, the party who wins the meaning-of the-contract-language issue, would then and there be entitled to at least partial summary judgment, assuming that such a Motion is pending.  It also implies that judges are best suited to make these sorts of decisions.  On he other hand, if the empirical view is adopted, juries will be asked to decide the meaning of the term “fair” and/or “fairness.” Of course, this a very novel request, if for no other reason, than that it involves moral values right on the surface, as opposed to being under the surface of the discourse, as in other tort (and even contract) cases.  In addition, there really is another reason: since juries decide this issue, there must be instructions, and–of course–the jury decisions may vary in unpredicted and unpredictable ways.

So should this be thought through?  Or has it already been settled? Or has it, even though not settled and involving a unique issue have a simple solution, which I have just missed.