WAS THERE “DIRECT PHYSICAL LOSS”

This post is a brief discussion of part of a decision in the U.S. Court of Appeals for the Eleventh Circuit regarding coverage in a property insurance case decided under Florida law. Mama Jo’s Inc. [dba Berries] v. Sparta Insurance Company, 18-12887 (August 18, 2020).  D.C. Docket # 1-17-cv-23362-KMM (Southern District of Florida).

Of course, the number of people wishing to dine at Berries declined during this period. But that is a different matter.

The owner of Berries filed a claim with Sparta, its property insurer, and it denied the claim. A central question in the claim was whether Berries’ has sustained covered property damage and/or a direct physical loss.  Sparta said “No,” and that was a central issue in the suit under discussion.  Only that aspect will be considered here.

The position of the insurer was that in order for there to be a “direct physical loss,” there must be physical damage to covered physical property, at least in a case of this sort. (“Loss of” and “physical damage to” are often intimately related concepts.)

To be sure, Sparta conceded, “yuchy” stuff from the construction project was inflicted on the restaurant. Indeed, during the time of the project, the restaurant had to clean for it every night.  This cost was the fundamental part of Berries’ physical damage case.

The problem was that the restaurant used all the same cleaning techniques it used every day. Nothing was done more frequently; no were new components added to the cleaning menu. After clean-ups were conducted, furniture, equipment, and other physical objected did not manifest physical damages–no holes, no scratches, no bends, etc. Nothing had been rendered physically unusable.

Now, this post does not tell the whole story. There was a second phase. Moma Jo’s revised its claim substantially after the claim was first filed. It made claims based upon physical injury to various equipment not in the claim as first submitted, e.g., electronic entertainment equipment, among others. Moma Jo’s new expanded claims did not succeed. As the courts saw it, expert testimony was required as to the newly claimed losses, and the work of each of the proposed experts was significantly defective and hence unreliable.

In a different context, I recently (10/01/21) discovered that the term “direct” comes up and is contested in all sorts of different types of insurance (or near insurance) cases, such as some types of bond disputes (e.g., involving fidelity bonds), and that there is a large number* of different meanings or different criteria for deciding directness versus indirectness. (*Many lawyers love the word “plethora”; I am not one of them.) 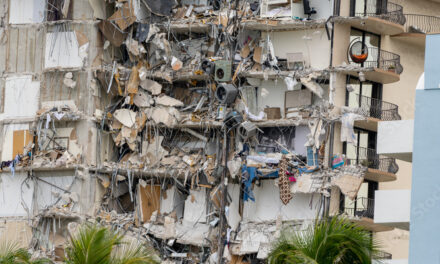