ABOUT INSURERS REACHING TOO FAR: SOME FUNDAMENTALS

Insurers can “reach too far,” of course. This is a nice pithy way to talk about bad faith.  What the phrase is really trying to do is to indicate that insurers can reach too far by reaching too far inward toward their own interests and also by reaching out too far (trying, for example) to eliminate a right to coverage.

To put it better, insurers can reach out in two senses, broadly conceived. One of those senses, in which he who reaches, is when trying to establish a more intimate or more charitable relationship. Obviously, insurers can do this, and it is a good thing. The other sense, however, involves “reaching” to push away, to make things crash, or to strangle the one reached for, and those are paradigms of bad faith.  These two forms of reaching are hardly ever confused. Imagine this testimony:

Question: Isn’t it a fact that you, as an adjuster, went out of your way to find a way to deny this claim?
Answer: No. It is quite the opposite. I was trying to reach out and help the insured.
Question: Really? Tell the ladies and gentlemen of the jury, how you were doing that?

The function of this CLE report is to provide a set of fundamental principles regarding the matter of the “negative reach.” In doing so, it is necessary to sketch some fundamental principles of insurance. It is there that this “essay” will stop. There are lots of related topics, e.g., how to conduct discovery in litigation where bad faith is an issue, especially when expert witnesses are proffered, but enough is almost enough.

The same rule applies to all sections of a contract of insurance:

The fiduciary relationship is a special relationship. The duty there is much higher than that found between insurers and insureds.

Some special relations probably lower, e.g., someone who has a duty to take care of another. Insurance works this way: insurers must treat the interests of insureds as at least equal to their own. No principle is more important that this one.

In Texas, the duty of good faith and fair dealing is generated by the special relationship.

Maybe, just maybe, the duty of good faith and fair dealing is a way to talk about the duties inherent in the special relationship found in the context of insurance.

The duty of good faith and fair dealing that insurers owe their insureds has many components and dimensions.

Under Texas law, the duty of good faith and fair dealing is not a general duty to be found in all or most types of contracts and therefore contracts of insurance.

Also including many states.

So much for the idea in Texas that the duty of good faith and fair dealing is restricted to insurance situations.

All adjustment must be based on investigations which are thorough, objective, rational, empirical, and other similar features regarding maximizing truth and reason. (Really an activity that does not conform to these requirements is not really an investigation at all.)

Under the special relationship
all adjustments must be reasonable at all times and in all ways with respect to every claim.

The bar for what counts as reasonable is higher under the special relationship than it is for ordinary negligence.

Still, there can be negligent conduct considered within the context of the special relationship.

It just occurs for the actor where it would not arise for the salesperson or the mechanic, or others in similar situations.

The requirements of sound adjustment are the same for all contracts (policies) of insurance, except in minor ways situationally generated.

Though sometimes adjustment must proceed more quickly than in others. Catastrophes are one thing; the minor damage to a small machine might be another, where there are two of them.

No adjustment is ever perfect. Reasonable errors do not general guilt as to principles of insurer bad faith.

Actually reasonable debate over coverage issues does not involve bad faith, even if the insurer is the looser. There is nothing making the debate just appear to look reasonable, when it is not.

Reasonableness is partly determined by the informational context. Inadequate information may make a debate unreasonable.

Insurers, and hence their adjusters, are expected to know many fundamental principles of insurance adjusting, such as, genuine ambiguities, in all relevant writings of insurers, are construed in favor of the insured and/or late notice from a policyholder is not a sound reason for denying a claim, unless the insurer was prejudiced.

Should statutes that are ambiguous be treated in the same way?

Insurers, and hence their adjusters, are expected to know that insurers bear the burden of proof as to exclusions.

What counts as an exclusion is not always clear. Everything in the “Exclusion Section” is an exclusion, but that may not be the only place they are to be found.

Insurers and therefore their adjusters are expected to have reasonably extensive knowledge of the applicable insurance law.

The interests of an insured must be treated by an insurer as at least equal to its own.

A fundamental principle of all adjusting is LOOK FOR COVERAGE!

All adjusters are expected to have reasonably extensive knowledge of the applicable insurance law.

There is no law the violation of which establishes that an insured is guilty of bad faith with respect to an insurer. The same idea is contained in the common law. Thus, insureds cannot commit the “sin” of bad faith.

If there is no coverage, there can be no bad faith, or so the courts say, although Texas courts have said or implied that there may be exceptions.

Here is a significant exception: misrepresentations—relevant ones anyway. This could happen either in sale or in adjustments.

An act of waiver or estoppel could do roughly the same thing, although courts agree that these situations cannot create coverage. To be sure, this is true, but they can bar and insurer from contesting coverage issues.

The no bad faith without coverage can and usually will permit an insurer to treat an insured very badly. . . so badly, in fact, that if there were coverage, there would be bad faith.

Though under some circumstances that kind of conduct can lead to liability on other grounds.
Insurers have specified obligations to perform various tasks related to claims handling, including the timing of paying claims. Failures of this sort are often classified as an instance of bad faith.

Such failures are difficult to prove in ordinary contexts, since an insurer will focus on whether the insured has dragged “his” feet, as they say.

A key bad faith concept is “prompt, fair and equitable.” This phrase is always used in bad faith cases. This marvelous, even poetically rhythmic, phrase has problems.

How does the “and” work? Does it make all three a requirement for any finding of bad faith?

What is the meaning of “fair”? Probably as between the insurer and the insured.

What does the term “equitable” mean in this context, especially since the term “fair” is present already?

The term “prompt” is vague and flexible, but is it factual? The terms “fair” and “equitable” are not. What bearing does this have on jury questions? Does it create an argument for specific definitions when no such thing is found in the current PJCs?

Other “tensions” amongst terms and concepts also involved problems, but not all have yet been recognized. “Settlement process” and other processes, like a claims adjustment process or the process of denying claims, diverge. This makes §541.060 very confusing but also opening up wonderful, heretofore unpursued ideas used as central arguments.

It is contested whether acts of bad faith can occur once actual litigation has begun.

The other side has arguments. Perhaps the principal ones are that (1) the process of litigation is different, slower, and more contested by its nature and that (2) attorneys have the obligation to defend their clients vigorously.

Of course, there’s a lot more to talk about, that’s enough for not just now but a short future at least. 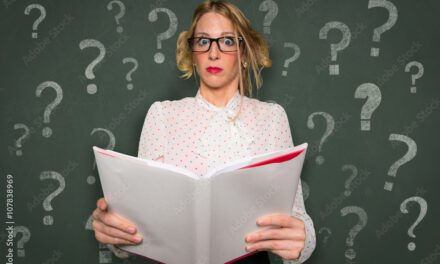 “Madam. Are you certain today?” [Sketch I]

The Logic of Expert Opinions and Testimony