Not long ago, on January 30, 2015, I wrote a blog-essay about the malpractice committed by a lawyer who handled the problems of a a boy in  murder case who was a very, very cognitively restrained. I called this essay, “Screwing a Kid with Special Needs.” In that case, the Seventh Circuit saved the day.

Now we look at another case of conduct just as bad–legal malpractice and breach of fiduciary duties without end–and this time the Supreme Court of the United States saved the day in a per curiam opinion, with only Justices Alito and Thomas dissenting. Christeson v. Roper, 574 U.S. ___ (2015)

This was another capital murder case. Christeson was charged with three capital murders, found guilty of all of them, and sentenced to death for each of them. He lost his criminal appeals, 50 S.W.3d 251 + 131 S.W.3d 796, and it came time to seek constitutional relief in a federal court. The murders were of an extra-ordinarily gruesome nature: a mother and two young daughters, raped, tortured, and killed in various particularly painful and degrading ways.

For my purposes here, what happened both in the state criminal law process and in the federal system are not very important, although they are very important to understanding how the case itself evolved through the federal district court, the Eight Circuit Court of Appeals and the Supreme Court of the United States, and how federal statutes and legal precedent played an important role.  I care only about something different; I care only about the conduct of two of the lawyers.

In seeking habeas corpus relief in a federal court after there is a death sentence imposed the application for the writ must be sought (petitioned)  within a certain length of time.  It is one year. “Under the strict 1-year statute of limitations imposed by the Antiterrorism and Effective Death Penalty Act of 1996,” Christeson’s petition was due on a certain day.  It was not filed until 117 days after that. The court had appointed counsel–two of them–in plenty of time to get the petition filed. Not only did they did not file it, they did not so much as meet with Christeson until six weeks after the limitation statute had run. In short, there were completely irresponsible.

Naturally, the district court denied the relief sought, as did the Eighth Circuit because the limitation date had past and because there was no reason to make an exception in this case. The Supreme Court found that there was a reason, reversed the lower courts and sent the case back.  That’s not what interests me.

What interests me is the fact that there was both malpractice, breach of fiduciary duties, and a serious ethical violation on the part of the appointed counsel.  It was malpractice to fail to get the petition for the writ filed timely. After that came the ethical violation. An attempt was made to replace these lawyers with other lawyers that might actually do the job they should have done.

The first appointed lawyers did not step aside and turn matters over the their potential–and later actual–replacements. The ethical violation here is that those first lawyers were guilty of a conflict of interest forbidden by the law of attorney ethics. Most conflicts of interest arise when L represents both C-1 and C-2 whose interests are opposed, or, at least, not consistent. In this case, the conflict was between the interests of the client and the interests of the lawyers themselves.  Of course, this is not just a violation of the law of legal ethics, it is a first class, premier breach of fiduciary duties.

These fellow should be ashamed of themselves. Maybe the Bar will put them to shame. The irresponsibility can be imagined to be of a special nature.  The killing are so shocking they are in nearly the same league as the conduct of ISL/ISIS and how it has burned the Jordanian pilot alive after beheading several others. If this is true, these lawyers should have not taken the case ab initio, or they should have gotten out of it immediately. The decision of the Missouri Supreme Court was readily available. If this speculation is correct–and that’s all it is: speculation–the fault of the lawyers is worse than mere laziness, or something akin to it. Their mind-set is contradictory with that of what is expected of the lawyer with the right psychology. 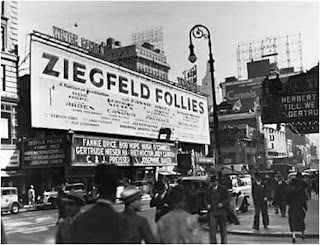