In the “On
Work” column of the NYT for Sunday, September 28, 2014, Michael Cascio wrote
and essay entitled Pearls of Career
Wisdom, Found in the Trash.” Cascio is a heavy-hitter executive from the
world of media production.
In his essay he argues that his
summer job during college cleaning up Wolf Trap late at night after the big
time entertainment gigs (“classical, rock, folk, jazz, opera, ballet, musical
theater”) were over.
He learned all sorts of things:
·        Hierarchies of employment are uneliminable and usually need to be observed.
·
Youthful
bosses near the bottom rung can show both fairness wisdom. (His janitorial
supervisor said this: “Never turn down a chance to take on more
responsibility.” “It may be surprising but it’s true,” says Cascio. So, “[t]he
best career guidance I ever got was from my janitorial supervisor[,] a kid not
much older than he was.)
·
There
are real class distinctions. Those at the bottom rung know this clearly; those
up the ladder don’t always, or ignore it.
·
Many
are condescending when addressing those from lower down, and should not be,
from their own career standpoint.
·
Appreciate
all levels of workers.  Make and keep
permanent bonds.
·
Prepare
for potentially very unpleasant work. (Example: How to tie trash bags to make
sure they don’t break.)
·
How
to handle the messes other people leave behind them.
·
Cleaning
up toilets—now there’s are messes–makes one less squeamish about human
messiness later on.
·
That
high prestige performers (ballerinas) can be real pigs—way more so than more “ordinary”
performers (folk singers). And so. . . .
“As a boss, I realize that summer jobs don’t have to be
gritty or humbling to make an impact.* But for those summers, my janitorial job
taught me the basics of all employment: You have to show up every day and on
time. You have to appreciate everyone who works around you. You should
acknowledge–and learn to work with—the pecking order in the working world. You
have to exert yourself in ways you may [MSQ: did] not have learned
[MSQ: learn] in school. And you often have to do things that have nothing—and
everything–to do with your career and your life ahead.”*
*  Quinn’s+
Hypotheses: The further up the ladder one was born and raised, the
grittier the job needs to be, and the higher up “the ladder” the career is
going to start and may likely go, the grittier the job needs to be.  The legal profession is often  high on that ladder.
+Quinn’s
Confession: I wish I had learned all that stuff.  Me? It took me forever to learn that fancied
intellectuals of the late ‘60s had to give a lot of that up in the work-a-day
world—at least in nearly all  of it, most
of the time, no matter how high the prestige is, whether finance or law –and that
being at a Wolf Trap on summer evenings, whether smoking or
stone-cold-clean,  does not cancel that
“rule” out to the slightest extent. 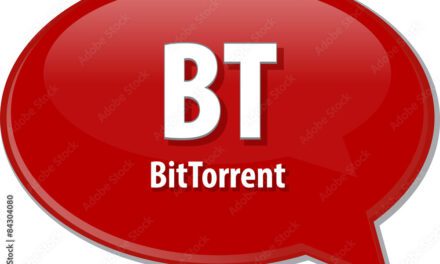