Texas Disciplinary Rule of
Professional Conduct 1.04 is recognized as providing some of the criteria for
judging the reasonableness of fees. It corresponds to Rule 1.5 of the Model Rules
of  Professional Conduct of the American Bar
Association as of 2015. There is a fascinating, if subtle, different between the
two of them—certainly as to their fundamental substantive parts. I shall say a bit
about this difference later.  Since the two
similar rules have different numbers I will not keep writing “Texas” and/or “ABA,”
so, reader, keep the numbers straight.
Section 1.04(a) prohibits charging or
collecting unconscionable legal fees and such fees are those which are
unreasonable.  I suspect that the “move” (entailment) from being unreasonable to being unconscionable–a conceptual necessity that is not so close in other areas of the law–derives from the fiduciary relationship between lawyers and their clients. Here is the actual wording of section 1.04(a): “A lawyer shall not enter into an arrangement for, charge, or collect an illegal fee or unconscionable fee. A fee is unconscionable if a competent lawyer could not form a reasonable belief that a fee is reasonable.” This formulation is unusual, thought provoking, unusual reasoning.
Of course this is a “Disciplinary Rule” and not a statute or rule of court. Nevertheless, it is widely used by courts to and lawyers alike to constitute part of the criteria of what counts as a legally permissible fee. In addition, it is commonly used to determine what counts as an acceptable fee in an attorney-client contract for services or in evaluating reasonable fees in attorney fee collection cases. See Arthur Anderson and Co. v. Perry Equipment Corp., #95-0444 (Tex, May 16, 1997), also to be found at 945 S.W.2d 812 (Tex. 1997).*
Here’s another unusual feature of the Texas law governing lawyer fees. Basically section 1.04(a) states–although not in so many words–that any legal fee, including any components of an aggregate fee, is
unreasonable if an informed, objective, knowledgeable, and rational lawyer—the “Hypothetical
Fee Judge [Judge]”–after appropriate (careful) consideration, cannot conclude that the
fee was reasonable. All unreasonable fees are unconscionable. (Presumably
because this is because lawyers are fiduciaries of their clients.)  Of course the Judge, as characterized may actually
be a judge or an arbiter.
The Judge, as defined here, must be hypothetical, since, if it were not, then if any one competent lawyer found the fees to be unreasonable and therefore unconscionable, the fees would be unconscionable. To be sure, the burden of proof of showing the reasonableness of his/her fees in on the lawyer whose fees are being charged, an “any one lawyer” rule would set the burden of proof way too high. (This problem along with others built into the wording of 1.04(a) will be discussed later.)


If this topic interested you, see my blawg/blog “Legal Fees Billed by the Hour.” published October 31, 2015. 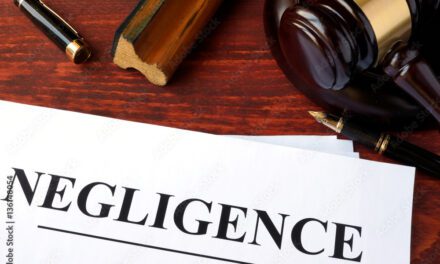