*There will be a number of parts on this topic. It is not necessary that they be read in any order.  The designations are designed only for guidance as to dates, etc. Part Two was blog-published on October 22, 2014.
My “byline” is here (almost) only because I ran across this piece and have put it here.  Everything else belongs to the actual author. Not all of those who have
considered the matter think that lying us wrong under all circumstances.  Utilitarians, for example, are committed to
the view that lying is not only permissible, but morally obligatory when it
would enhance the net aggregate happiness of everyone.  Fifteen years ago, a non-utilitarian
philosopher, David Nyberg, wrote a book entitled The Varnished Truth: Truth
Telling and Deceiving in Ordinary Life (1993).  He argues as follows:

[An Argument About Lying]
“[T]he
suggestion that the moral perfectionist requirement of being set against all
deception is like telling us to loath and distrust all bacteria, including the
ones responsible for wine, cheese, and normal digestive functions.  It is clearly a mistake to neglect context in
evaluating bacteria, only some of which are culprits of disease; others
contribute to the flourishing of life.
The same is true for deception, which is not only, or always a moral
problem.”  Nyberg at 61.  “The great battle between principled truth
telling and lying represents a deep, strong current in moral and religious
traditions.   It’s another way of
describing the timeless mythic opposition of Good and Evil, Light and
Darkness…”  At 60.
“It’s the artfulness we have evolved for avoiding both truth telling and
lying at the same time that interests me most—the varnishing, the adding and
subtracting, the partial display and concealment of what one person takes to be
the truth while communicating with another.
As a communicative strategy, deception is so often rewarded that it
would seem to have become unavoidable and indispensable.  It may actually serve to promote and preserve
emotional equilibrium on a personal level, and a civilized climate for
communicating with each other and living our lives together on a social level.
“It
is important to stress, given [my] strong pitch…for a re-evaluation of
deception, that truth telling has, had, and always will have, an important
place in moral conduct and, indeed in all of social life.  The point is that we need not assume it to be
a moral good in every instance, nor need we assume it to be present as the
background in every situation.  People
don’t tell the truth merely to tell the truth.
They tell the truth for some reason.
Truth telling is a means for accomplishing purposes.  So is deception.  My approach to an understanding of deception
is not the usual one (top down) of focusing on the virtue of truth as a given,
then finding ways to make benevolent compromises.  It is, rather to focus on human communication
(bottom up), and to see what roles both truth telling and deception play in
furthering the process toward the achievement of worthwhile goals.  The patterns and designs we create for
telling the truth and deceiving express who we are, both as individuals and
socially in relation to others.  Both
honesty and deceit are rooted in us, in our moral expectations such as ‘Avoid
doing harmful things and try to do good whenever you can.’”  At 53-54.
Quinn’s Quote:  Contemplate the following: “when all else fails,
philosophize.”  J.M. Coetzee, Disgrace
(1999).

Quinn’s View: Most lawyers do not believe that they are engaged in a
serious search for truth.  Most lawyers
view themselves as mouthpieces present to explain someone else’s view.   Quinn’s
Question:  Is this view true or false? 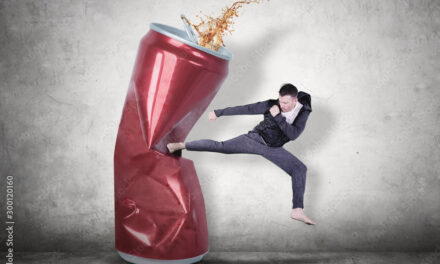